– restoring hope and the rule of law in a broken society 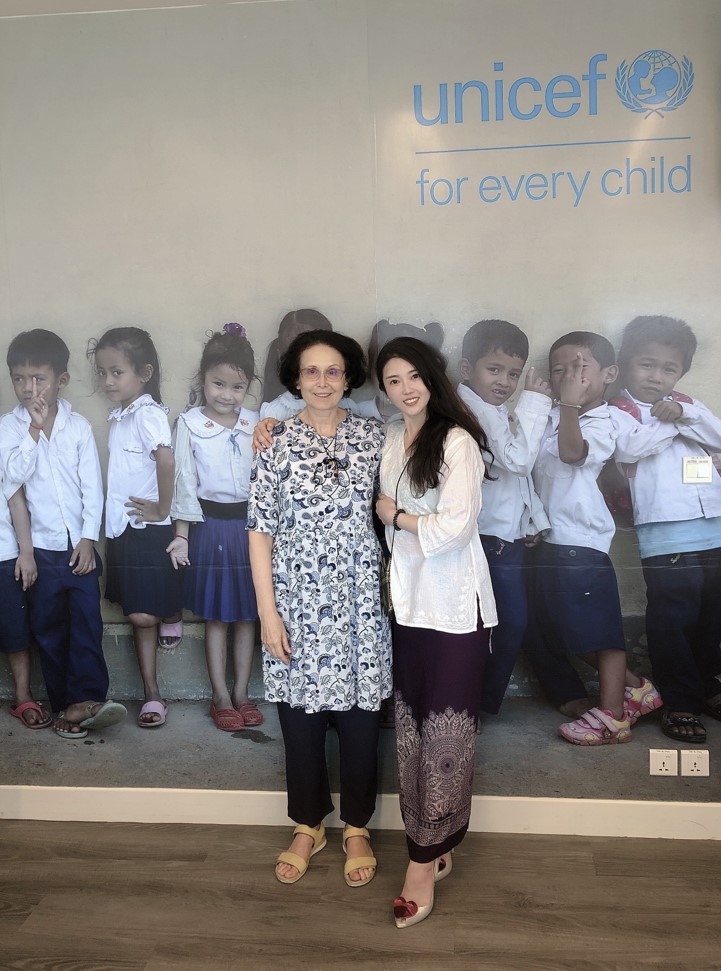 While in Phnom Penh, I was privileged to meet with Silvia Pasti, UNICEF’s Head of Child Protection in Cambodia to learn more about child abuse and what is being done to address the problem. Like everyone, I believe no child should be exposed to violence, abuse or neglect and she explained that in Cambodia the situation is tragic for many. One in two children has experienced severe beatings, one in four has suffered from emotional abuse, and one in 20 has been sexually assaulted. Many children are trafficked, forced to work, separated from their families and unnecessarily placed in residential care institutions or find themselves in unregulated orphanages where they are exploited for sex and child labour for profit.

Cambodia has not recovered from the genocide of Pol Pot’s killing fields and the Khmer Rouge in the 1970’s. The children of those times are the grandparents and parents of today and are raising children in poverty while having never recovered from the trauma of their own childhoods. As a result, they fight to survive with a moral compass that is at best poorly aligned leaving them prey to predators and actions driven by their own basic survival needs.

Silvia tells me it is getting better, but there are few laws to protect children, and UNICEF is working with the Cambodian government, police and NGO’s to develop a national vision on which to base a legal framework as a first step in giving legal protection for children.

She believes social workers are the anchors of a solid child protection system. While Cambodia has government staff who work in the social welfare sector, they are not classified as social workers. For example, a few years ago there were only 917 social workers in the whole country, and most had no social work training.

UNICEF supports the government to train social workers in the areas of health, education, justice and child protection, so that they can they handle cases related to violence, juvenile crime and institutional care in the most effective way.

Today, young and older children are still at high risk of dropping out of school, teenage pregnancy, child marriage and violence. This is due partly to social attitudes that perpetrate violence, and partly to the limited services designed for children in education, social work, health and justice. Education, especially for girls, is a practical decision when the families are living from one meal to the next. Investing in the future, at a high cost for education, is sacrificed for immediate needs for money giving rise to sexual and other crimes against children.

The violence against children cuts deep into children’s physical and mental health. They are exposed to violence and corporal punishment in their homes, schools and communities. Girls who are abused find it more difficult to marry, as they are considered “damaged goods”. Boys who are sexually assaulted experience lasting stigma. In most cases it is not strangers who harm girls and boys, but people they know, in their families or in the community.

Most Cambodian children live with their biological parents, but too many live in institutions. UNICEF studies found that most children who live in residential care have at least one living parent, indicating that they should not be in an institution. Families place children in residential care because they cannot afford to feed, clothe or educate them, unaware of the negative consequences of their decision.

Children outside of family care are exposed to high levels of violence and exploitation, including trafficking, sexual abuse, online sexual exploitation and forced begging. Decades of research show that living in residential care can harm a child’s social, physical, intellectual and emotional development. Not only does the brain not develop fully but parts of it die, and much of this is irreversible.

Local communities should play a critical role in keeping families together, protecting children from violence and ensuring they thrive in a safe environment. Parents, teachers and caregivers who learn about positive parenting can promote non-violent behaviour, while well-respected religious leaders who understand the importance of keeping children out of residential care are more likely to support families to raise their children at home.

UNICEF works with partners to train teachers and religious leaders so that they have the knowledge and awareness they need to protect children and run campaigns to change people’s behaviour and their perceptions of discipline.

There is so much to be done still. Despite the progress being made, charities and other NGO’s are on the frontline in the fight to protect and provide a future for Cambodian children. I feel I am so fortunate to have had the opportunity to learn so much from these committed people at UNICEF and am more determined to continue to raise my voice to help the children of this beautiful but ravaged land.