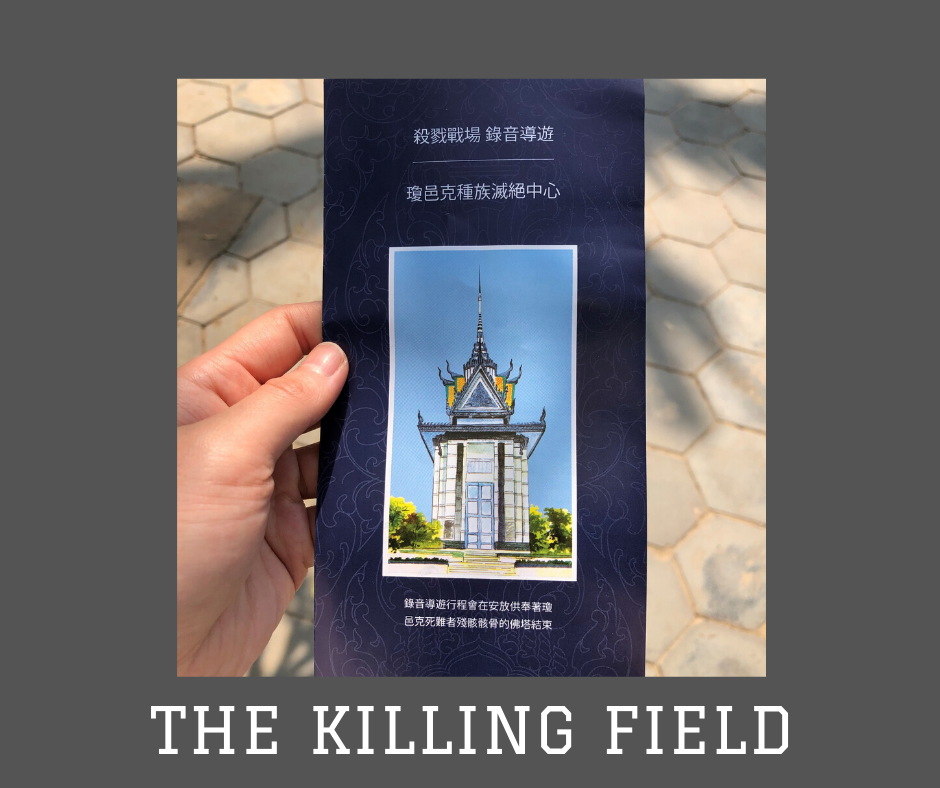 My charity, The Sunlight Foundation , is passionate about stamping out the vile sex trade of children in Cambodia.  Having visited many places in Cambodia recently and seen the heroic work of several charities, I saw firsthand the grinding poverty that feeds the sex trafficking of children. The hardest question for me was “Why?” Why do mothers sell their children’s virginity? Why is Cambodia the centre of this monstrous crime?

For my personal journey, it was so important for me to answer these questions for myself.  The answers were not hard to find and go back to the dark years of the 1970’s. Many of our parents probably saw the movie “The Killing Fields” made in 1984, and awful as it was, it was a movie made about a land most of us knew little about.  My dad was there, and in the war across the border in Vietnam at the time, so as a child I heard some stories, and I knew other stories from my mum, who spent years of her own childhood in Mao’s harsh re-education villages. So I thought I was ready to find the answers.

There is a real Killing Field, actually there are about 300 scattered across Cambodia. The one I walked in is at Choeung Ek village, a few kilometres outside Phnom Penh. It is the most hellish place I will ever visit in my life.  I was determined, which is the only reason I did not run away in horror and disbelief. Which is why I believe everyone should visit this place.

Pol Pot’s Khmer Rouge was one of history’s most genocidal regimes and over a period of four years in the 1970s, they killed a third of Cambodia’s population, under a Mao-inspired vision to create a rural society. Education, technology and independent thought were banned. People were sent to work in brutal labour camps, millions to die of starvation or beatings. Those viewed as a risk were taken away: Doctors, lawyers, monks, teachers, children in school – anyone with an education or hands not calloused by work – were tortured and killed. In less than four years, the religious, cultural, educational and professional lifeblood was erased from Cambodia. It was called “Year Zero”.  It has not yet been rebuilt.  I began to understand at least part of the answer to my questions.

The killing field is benign now, even beautiful. Chickens peck in the dust, but the silence is overpowering, people talk in quiet whispers, respectful of the 17,000 ghosts I can sense all around me. There are trees spreading over the meandering dirt paths between the lawns, offering shade from the oppressive heat. The lawns looked like bombs had exploded but were where the mass graves were opened.  A lotus pond lays still at the corner of the field and I wonder how such a serene sight could possibly exist here.

I pass by the mass graves, the remains of holding rooms, of tool sheds that were destroyed by Cambodians after Pol Pot was overthrown. The sign beside me says this used to be the ‘waiting room’ where prisoners would await their turn to be executed.

I stop at a large, gnarled tree on the path, with spreading branches and roots like tentacles. It is the “Magic Tree”. This is where the guards would hang speakers blasting loud music to drown out the victims’ cries so neighbouring villagers wouldn’t hear.  The murders were carried out at night, under spotlights and loud music. Surreal, terrifying images run through my mind that no nightmare could possibly create.

I heed the advice to keep to the path because each rainy season more bones, clothes and personal items are washed to the surface and are collected respectfully by the caretakers.  There is another tree, decorated in colourful friendship bracelets. There is a sign. It says: “Killing tree against which executioners smashed children’s heads”. It is still pierced by skull fragments. I think I am going to be sick.

A magnificent glass windowed stupa is in the centre of the killing field. It is a tower with hundreds upon hundreds of skulls and bones reach to the sky. They’re the people from the mass graves, their skulls showing how they were killed: clubs, hatchets, chemicals, garden hoes, very few were shot. The stupa was claustrophobic, trapping me between the tower of skulls and the outside world. I looked up and when I saw how high the tower was, I panicked. Tears welled up, I desperately wanted to get out from being surrounded by death and tragedy.

On the way back to Phnom Penh, I looked out from the tuk tuk and saw people going about their normal day. Life goes on. And I understood how beautiful that is.

If I am to raise my voice, I needed to see with my own eyes what terrors we are capable of. I am glad I went, even though my heart hurts so much more than it would if I had just learned of Cambodia from books and you tube videos.

This country is recovering, but it will take generations, I know that now. The killing fields, the Toul Sleng centre, and other monuments to it’s tragic past are important to preserve. We must remember that it is the children who survived the killing fields who are now the parents and grandparents of today’s children.  They have grown up with a tilted moral compass, appalling poverty and without the cultural values and opportunities which have made them prey to exploitation. I can never accept the idea of selling a child into a grotesque future, but I can begin to see why it happened and understand more of how to look for solutions.