A land of sweeping plains, of rugged mountain ranges, of drought and flooding rains…

When Dorothea McKellar wrote those words more than a hundred years ago, having far horizons and jewel seas to love would have been a great lure for immigrants.  Even I wanted to be a “jillaroo” when I was young as you can see!!

My early life and dreams though, were far removed from a wide brown land that I now proudly call my home.

Shenyang was my hometown, the ancient capital of the Manchus. My Chinese name, Shihui, represented my parents’ wish that I would live an artistic and filial life and my nickname was “manman”, which means “dancing to romantic music” and I’ve always done my best to live up to their traditional ideals.

I was born into a family who loved music and art. Our home was constantly filled with music, partly because mum would sing Beijing Opera, something she still loves today. My musical destiny was set, and I discovered a passion for the traditional Chinese musical instruments; I learned to play the bamboo flute, the stringed guzheng, and the haunting melodies of the gourd cucurbit flute, an ethnic instrument from Yunnan.

By the time I was ten, I was studying piano and singing at the Shenyang Conservatory of Music. Later, I began learning the aesthetics of beauty and was taking those classes too. Then at eighteen my life was turned upside-down when mum remarried. Rob, who was Dean of the Business School at a Shanghai University, was Australian, and we moved to Melbourne; I  left my many childhood and university friends and began life again in a foreign country I knew nothing about, except that it had kangaroos and people who spoke English.

I had a hard time at first; I couldn’t go back to university with my lack of English, so I felt lost, homesick and extremely lonely. I went to a beginner’s English class at a local TAFE and met others in the same situation – migrants and refugees mainly – trying to adjust to our new lives. Thinking back now, it was hilarious, there were so many different nationalities, plus gender and cultural barriers in the classroom, that no teacher could possibly communicate with everyone and the classes usually descended into mayhem. Later, I went to other schools and of course dad spent endless tutorial hours with me.

I also taught myself English. For example, at the supermarket, I would read the labels on the jars and cereal packets out loud, then check the meaning of the words on my phone.  Shopping took me a very long time and I got strange looks from other shoppers.  I called these lessons “survival English”. I got better.

I’m very lucky to have the family I have who always gave me their support and love, but I knew I must find a job to lessen my family’s burden of worrying about me.

I bought a bicycle and would pedal to the train station a few kilometres away and catch the train to the city. My idea was to take my resume to places looking for work. Apart from blistered feet, I had no luck until one day I found a restaurant with a piano. The manager gave me a part time job on weekends playing piano from 9.00 pm until midnight for $50.00, not much, but I was very pleased with myself for finding my first job. 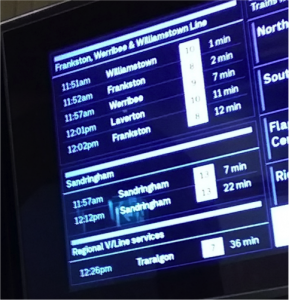 I usually didn’t want to bother my parents to pick me up because we lived in the suburbs, but unfortunately, I had only memorised the name of my own station and could never find it on the screen, so I missed the last train time and time again and found myself stuck in the city, sometimes not getting home till the next afternoon until I learned which line my station was on.  The job didn’t last long because of the restaurant’s failure, which was a bonus as I was losing money every day. Then I found waitressing jobs locally which was easier to manage. It was hard to give up my musical career, as a teacher and performer, but until my language improved there was no choice

I was meeting a few people and through them, their friends, so after a few years I was standing on my own feet. It was then I decided to start my own little beauty business. I called it “DreamT”, it means “Tiffany’s wonderful dream”. Although I had to give up my music profession, I studied hard and helped many people solve their skin problems, helped them regain their self-confidence, and feel fulfilled by my second career. I still have my treasured piano at home and love the opportunity to play for myself, friends and my family sometimes.

I’m now twenty-nine and life is good, though I remember when I was desperately unhappy trying to find my way. But we say that a person who cannot tolerate small misfortunes can never accomplish great things. 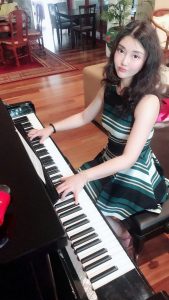 These days, I’m very aware of the traumas of children who do not have my good fortune, mainly brought about by my mum’s experience in labour camps in her childhood and the stories my dad told me about the wars in Cambodia and Vietnam and the children who suffered. Perhaps in a small way, by my own rather trivial struggles. I convinced my parents to launch the Sunlight Foundation Charity because I wanted to help those children who are suffering their lives in darkness with little hope of rescue. I took this conviction to my heart and put myself forward as a participant in Miss Australia International; I want to be a voice for these children.  I believe life is a journey, there is only what lies ahead.